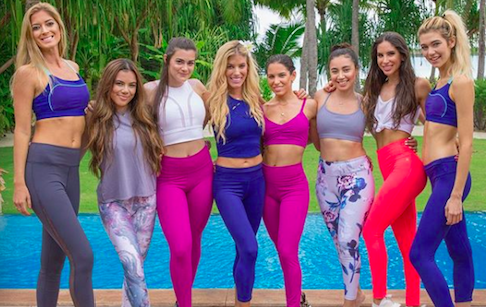 The Rise of The Influencer Trip

The fact that social media influencers have become indispensable assets to brands’ marketing teams, especially on Instagram and YouTube, cannot be understated. In a world where executing marketing and advertising campaigns is becoming increasingly expensive and difficult, influencer marketing is proving to be a highly lucrative investment for the brands that do it right. While traditional outreach- gifting opportunities, sponsored posts, daylong events- are tried and tested engagements, brands are now willing to go the extra mile (pun very much intended) to keep their influencers happy….and posting. So what’s next in this dynamic, ever-evolving world? In a word – experiences.

Fashion and beauty brands shell out out top dollar to take influencers with massive followings and demonstrated ability to influence purchase decisions on elaborate, luxurious getaways. Itineraries include fun activities and relaxation, albeit with lots and lots of photo ops. Influencers’ posts- complete with shoppable links, of course- during trips receive high engagement (likes, comments, shares), causing traffic toward the brand’s own social. Below are content strategies that we’ve seen work across several trips.

For Kiehl’s and La Mer, the influencer posts coming from trips that received the highest social actions included large blow-ups of their brand names, which every influencer involved with the trip posed next to.

Making best use of all of the buzz generated for them by influencers, brands ensure that they time sales and sweepstakes during peak traffic days.

With more and more consumers looking for transparency from brands, Kiehl’s, Fresh and Philosophy took influencers back to their roots. Showcasing production processes, ingredient sourcing and the people involved in creating their favorite products resonated with influencers and consumers alike.

The return on investment on these content strategies, strictly from a social media perspective, is huge. Measuring posts including campaign hashtags and the increase in average social actions or follower count alone are strong indicators of the success of an influencer trip.

For example, when Benefit took A-List influencers Nikkie Tutorials, James Charles, Mariale Marero and more to Utah this past February, the payoff was immediate. Posts by influencers mentioning Benefit during and in the aftermath of the trip (January 21 – February 21) received a staggering 115,149 average social actions per post. To put this into context – the average social actions per post on posts by influencers mentioning Benefit is YTD 74,760, while that of the last 30 days is 32,954. Because of the buzz created by influencers’ posts, Benefit’s Instagram follower count increased by 115,000 fans. 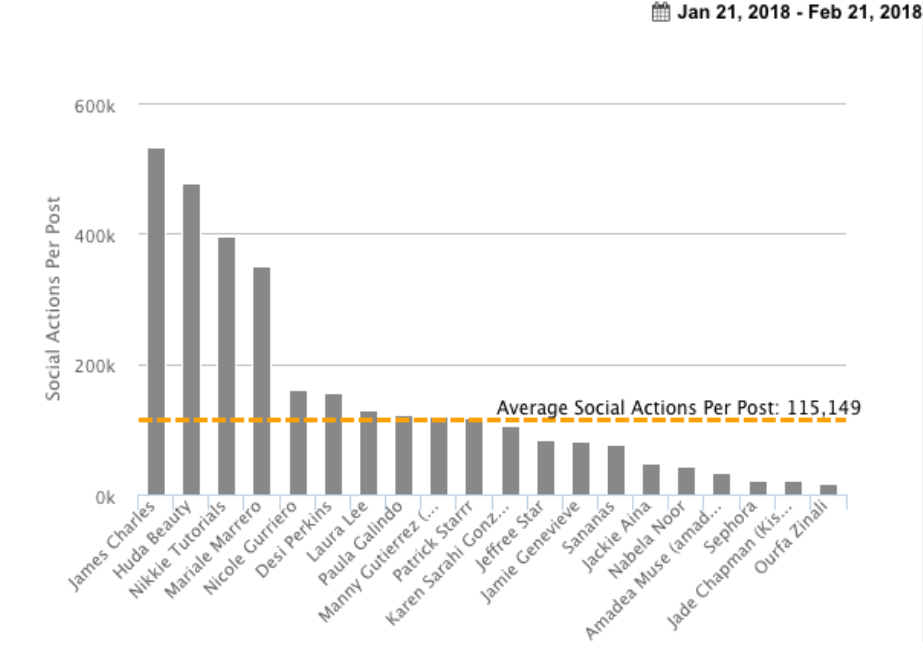 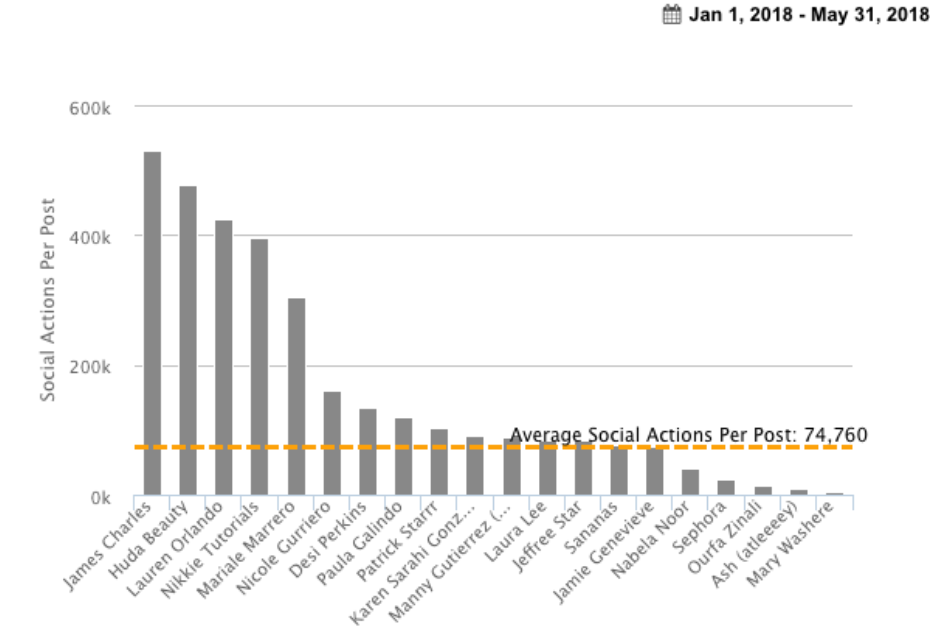 E-commerce giant Boohoo mega-influencers Jordyn Woods, Anastassia Karanikalao and more to Mexico as a part of their #boohooinparadise campaign in February. The backdrops and gorgeous ladies were the perfect way for the brand to promote their new swim line. But did the investment pay off? During and immediately following the trip, Boohoo’s Instagram following grew by 63,000 fans. In the six months leading up to the trip, influencer posts mentioning Boohoo’s average social actions per post were 46,277 whereas during and immediately following the trip, the number jumped up to 73,447. The remarkable thing about this is that the buzz following the trip has sustained. In the last 90 days, average social actions on influencer posts mentioning or tagging Boohoo has nearly doubled, now touching 162,600.

Because of the positive social performance coming out of influencer trips, we can expect such influencer-brand partnerships to only grow in size and impact from here on out.

Click here to be taken to the platform for an interactive view.

2016 Beauty Report – David vs Goliath: A New Way of Doing Business and How It Is Paying Off

The omnipresence of digital, the on-demand economy and collaborative consumption have fundamentally…