Back in February, Harry Styles wore a colorful patchwork cardigan that, after catching the eye of young creatives on TikTok, quickly went viral. The JW Anderson knit became a new favorite DIY project for Harry fans everywhere, and the #HarryStylesCardigan garnered over 20M views in just a few short months. This overwhelming response inspired Jonathan Anderson to release the now infamous cardigan’s pattern into the world in a surprising show of support to those recreating his design at home. Two weeks later, he did the same for Loewe’s Spring 2021 Menswear collection when he shared a DIY pattern for one of the collection’s twenty-eight looks. The intentionality behind this decision feels significant. A designer chose to place brand intellectual property directly into the hands of the customer, with no strings attached — and Anderson isn’t the only one to do so. 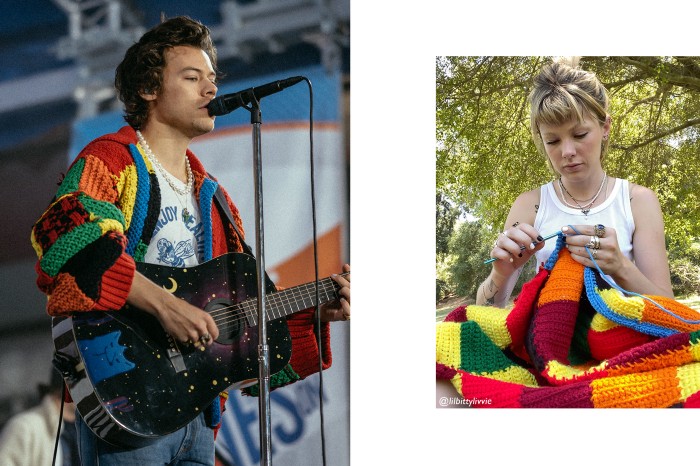 A-COLD-WALL, founded by London-based designer Samuel Ross, has long fostered a relationship with its audience that other brands would do well to learn from. The brand’s SP-1 collection lays out an alternative vision for the future relationship between luxury brands and consumers by making an online catalog of open-source hardware, including branded buckles, adjusters, and zip pullers, available for purchase and reinterpretation. In the brand’s own words, “This atypical approach to retail is an experiment in trust. Decisions as to how and where these pieces are applied rest entirely with the purchaser, the options truly endless. Here, the notion of brand as impassable gatekeeper makes way for a relationship based on openness and exchange.” Reese Cooper is another designer to explore a more open business model. Just this week, he gave new meaning to DIY with his most recent collection, appropriately titled RIC-DIY. Sold as garment patterns and instruction booklets, the collection embodies the spirit of accessibility and inspires active participation from its wearers. The garments themselves make the intentions of the collection clear, with the words, “This is a RCI home sewn garment. Designed by Reese Cooper and constructed by someone inspired by doing, not watching. Made with RCI materials but assembled to reflect the person wearing it,” printed across the front. 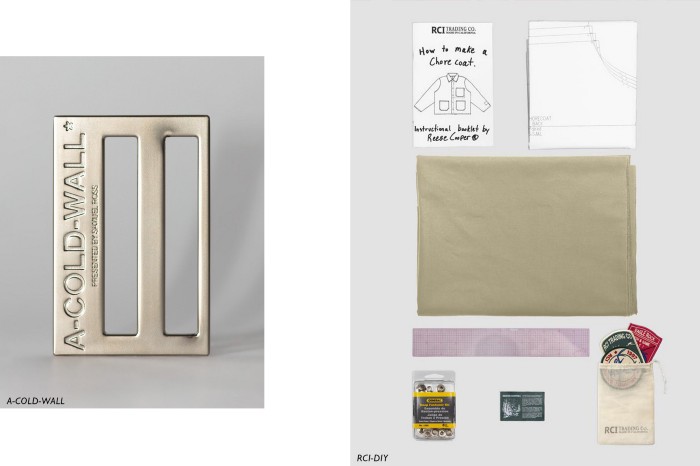 This wave of open-source design is helping brands foster meaningful relationships with potential customers and highlighting the often underappreciated craftsmanship of garment design, but it is also redefining the luxury market as we know it. The collaborative nature of these projects challenges the very notion of what makes a patchwork cardigan or a logo-embossed handbag worth more than a month’s rent: exclusivity.

A first-to-market mentality and a landscape as competitive as it is saturated has kept a tight seal on the industry’s inner workings, with brands unwilling to share information for fear of losing what little competitive advantage they may have. So, why now? Why is the idea of open-source design, one that has been around for longer than Reese Cooper has been alive, only now being adopted by the fashion industry? The answer is three-fold. First, the industry is finally beginning to understand the importance of collaboration in finding actionable and scalable solutions to many of the systemic problems it helped create. Climate initiatives like resale, recycling, and supply chain circularity are reliant upon communication among influential players within the industry and beyond. Second, the jump from physical to digital, accelerated by COVID-19, has forced the industry to reconcile with its old school past and welcome a new way of thinking — one that forgoes luxury’s closed-door nature in favor of livestreams and social sharing. Finally, the success of open-source design practices can be directly linked to the shifting behavior of the modern consumer.

Today’s consumer is making different choices than they would have five years ago, or even six months ago, when they hadn’t yet fully grasped the severity of a global pandemic. Feeling the weight of record-breaking unemployment, a modern civil rights movement, and a failing public health system, most consumers are in no place to be splurging on luxury goods. For those lucky enough to be stuck at home with time on their hands, the past several months have been a period of creative exploration as they learn new skills, from making sourdough to beaded jewelry to, of course, clothing. As #craftcore racks up views on TikTok and tie dye continues to dominate the market, Gen Z is proving that they’re more than ready to embrace open-source initiatives and the do-it-yourself mentality those initiatives celebrate. With the threat of climate change getting more urgent every day, these fun past times will soon become a way of life as we are forced to re-examine our consumption habits and learn to live within our means. A brand’s success is no longer only determined by its ability to drive sales, but by its ability to provide COVID relief, advocate for social justice, and build meaningful communities.

For an industry in crisis and a consumer riddled with anxiety, something needs to change. Open-source design offers a promising path forward for luxury brands that struggle to remain relevant during a time when community means more than clout. What some may see as counterproductive to sales, is actually one of the few ways that high-end brands can engage with a future generation of customers that, frankly, wouldn’t spend $1500 on a cardigan to begin with. It’s time to move away from the transactional nature of selling to a more collaborative partnership between maker and wearer. COVID-19 has made it clear that the current system is broken, and it’s only through collaboration that we have any hope of rebuilding better than before.

Where will we go next? The title of a short story distributed…

From 60s styles to festive holiday attire, these are the December 2021…